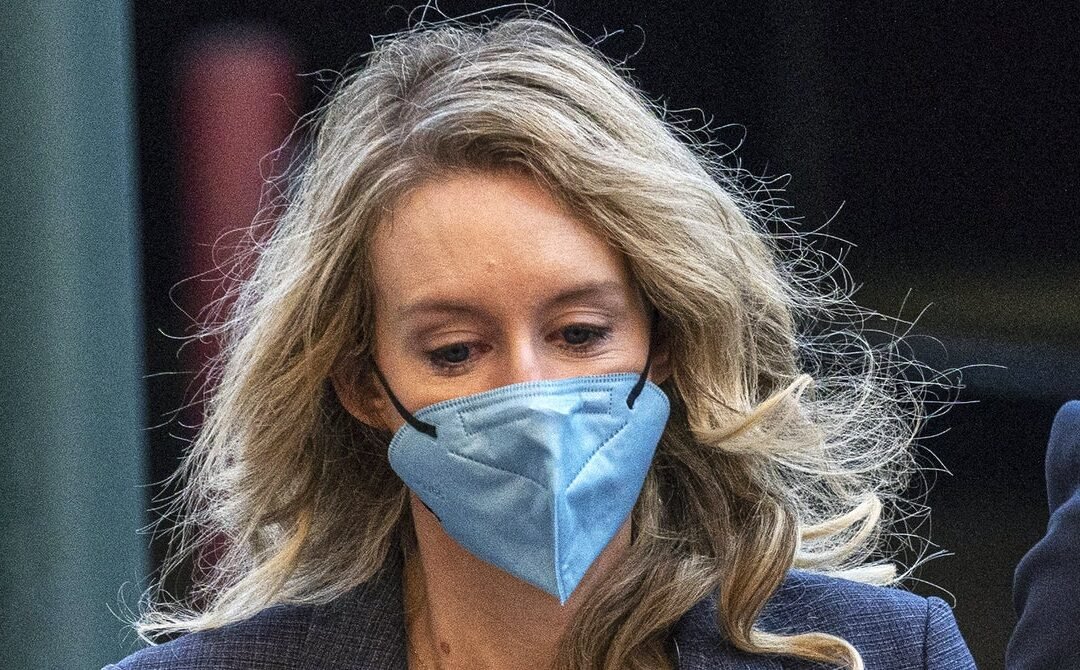 For three years, Elizabeth Holmes has faced the court of public opinion, as countless books, articles, documentaries, and TV shows have squeezed every last drop out of the saga of the blood-testing startup Theranos. Now, an actual court has delivered the final verdict. On Monday, after seven days of deliberations, a jury in San Jose, California, found her guilty on four counts of wire fraud and conspiracy to commit wire fraud. The jury returned a verdict of not guilty on another four counts, and it could not agree on three.

The four guilty charges involve Theranos’ investors, who say they were misled about the company’s capabilities, and who lost millions of dollars after its demise. Holmes now faces up to 20 years in prison for each conviction. (The judge has not yet set a hearing for sentencing.)

Over the past three months, the prosecution made its case that Holmes knowingly “chose fraud over business failure,” convincing her investors to sink more money into the company despite its failings. Twenty-nine witnesses took the stand, including former employees who testified that when Theranos’ technology did not work as promised, Holmes encouraged them to cover it up. One former product manager said the company faked demos and removed abnormal results when sending reports to investors. Another revealed that Holmes exaggerated partnerships with pharmaceutical companies, made up nonexistent military contracts, and pasted pharmaceutical logos onto Theranos’ reports, confusing investors and potential partners about who was vouching for the blood-testing technology. A journalist from Fortune, who wrote a cover story about Theranos in 2014, said Holmes failed to correct numerous errors in the reporting because it benefited the company to appear more capable than it actually was.

Mountains of evidence—including text messages, emails, and company documents—showed that Theranos’ technology was in disrepair and failed to live up to its founder’s vision as the future of blood testing. But the case hinged on whether Holmes, as the company’s CEO, knowingly deceived investors and patients, or if she acted in good faith as a struggling entrepreneur. “The battle ground is Holmes’ mental state: whether or not she had the intent to commit fraud,” says James Melendres, a former federal prosecutor and a partner at business law firm Snell & Wilmer. “You have 12 jurors—12 people off the street—who sit in a room and decide what was in Holmes’ mind.” The jury found Holmes not guilty on the counts involving patients, two of whom received bogus test results from Theranos’ blood testing technology.

The case may be a reminder that there is a limit to how much startups can get away with—and that the government is watching.

The defense called three witnesses, including Holmes herself, who spent seven days on the stand diffusing the blame across Theranos’ many scientific advisers and board members. Many of Theranos’ employees had years of experience working in biotechnology; Holmes, by comparison, dropped out of Stanford in her sophomore year.

She testified that Ramesh “Sunny” Balwani, her former business partner and former boyfriend, was responsible for preparing falsified financial reports and overseeing the company’s labs. Holmes also said that Balwani controlled and abused her, affecting her mental state during her later years at Theranos. Balwani faces his own criminal trial later this year.

Holmes’ case has been viewed as Silicon Valley’s trial of the decade, as well as an indictment on startup culture itself: When does a founder’s hubris become fraud? Melendres calls the decision a “bellwether,” noting that it could become a landmark case in the Department of Justice’s handling of startups.

For the rest of Silicon Valley, the case may be a reminder that there is a limit to how much startups can get away with—and that the government is watching. “The government usually wins these things,” says Jennifer Kennedy Park, a partner at Cleary Gottlieb Steen & Hamilton. She also notes the vast resources and subpoena powers that can give prosecutors an advantage. This case shows that founders are not off-limits.