This Software Aims to Smooth Your Flight—and Help the Planet 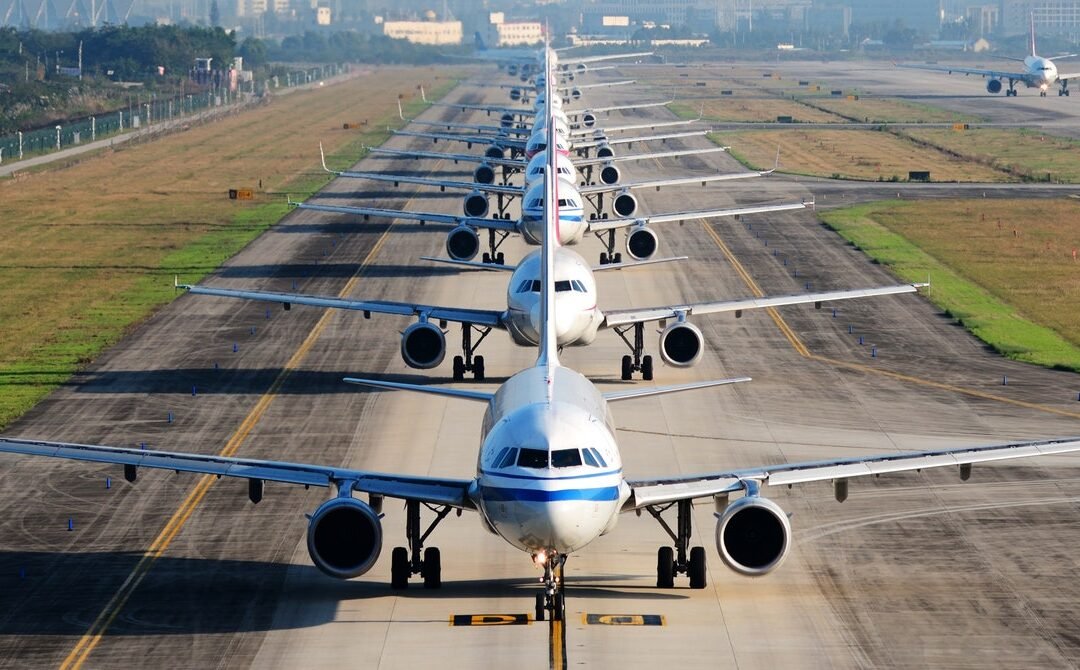 Fastening the seat belt buckle and knowing your flight is on its way to its destination: Nice. Getting stuck in a tarmac traffic jam and waiting for your flight to take off: Not so nice. Turns out the wait is also not nice for the planet.

Flying in an airplane is already one of the most emissions-intensive things you can do. Globally, aviation produced over 1 billion tons of carbon emissions in 2019, more than 2 percent of all human-generated emissions—more than either shipping or rail. Aircraft engines also emit nitrogen oxides, soot particles, and water vapor, which also contribute to warming the planet.

Taking off and landing is usually just a short part of a flight, but accounts for a quarter of its emissions, according to NASA. Unnecessary plane stops during that process increase fuel use. It would be better for everyone—passengers included—if airplanes smoothly exited and entered airports.

That’s because airplane engines are designed to operate in the air, says Hamsa Balakrishnan, a professor of aeronautics and astronautics at MIT who studies airport operations. When aircraft are waiting at their gates, they rely on auxiliary power systems to keep just the essentials running. But once a plane pushes back, it starts running its engines, and burning fuel. Idling at airports also hurts local air quality, says Balakrishnan—people live and work closer to airports than they do to the middle of the sky. It’s noisy, too.

Now the Federal Aviation Administration and NASA have created a system to smooth the takeoffs and landings, wringing out delays and unnecessary emissions in the process. Real rocket scientists were involved—the system grew out of NASA’s work to help spaceships establish steady trajectories into space.

Today, most airports create a queue for takeoffs, based on when a plane pushes back from the gate. That can lead to traffic jams on the tarmac, and overloaded runways where airplanes idle while waiting to take off. Plus, air traffic controllers don’t always have a great sense for how long it will take a plane to taxi and ascend into the air. In fact, while the FAA does get each airline’s schedule, controllers don’t know exactly when a flight is going to depart until it hits a specific part of the ramp. They deal with this unpredictability by building in buffers, extra time here and there that ensures that the entire system operates without a hitch. As a result, “there’s a lot of inefficiency that gets built in,” says Balakrishnan, the MIT professor.

Uncertainty about precise departure and arrival times means “there’s a lot of inefficiency that gets built in.”

The new software is part of a two-decade effort to modernize the country’s air traffic control system. It incorporates 11 bits of real-time data from airlines—including when a plane actually left the gate, and when another actually hit the tarmac— to more accurately choreograph aircraft movement in and out of the airport. It’s not that the information is that complicated, or that new. It’s that the players at the airport—operators, air traffic control, airlines—have a way to automatically share it, in real time, with fewer phone calls. Eventually, the system should kill the paper progress strips that controllers use to manually keep track of flights, creating an all-digital system that can, for example, remind controllers when a certain runway is closed.

The system can save a lot of fuel. After the FAA spent four years testing the new software with American Airlines at Charlotte Douglas International Airport in North Carolina, it concluded that the reduced taxiing times saved over 275,000 gallons of fuel a year, the equivalent of 185 flights between New York and Chicago aboard a Boeing 737. Carbon emissions fell by over 2,900 tons a year, roughly the same amount emitted by burning 15 railcars of coal. For passengers, the project reduced delays by almost 40 minutes a day. For the Charlotte airport—which is among the world’s busiest, when including commercial, cargo, military, and private flights—that means “you’re able to get more aircraft on and off the ground,” says Haley Gentry, the airport’s aviation director. “We’re maximizing the use of the pavement that we have.”