What Is Net Neutrality? The Complete WIRED Guide 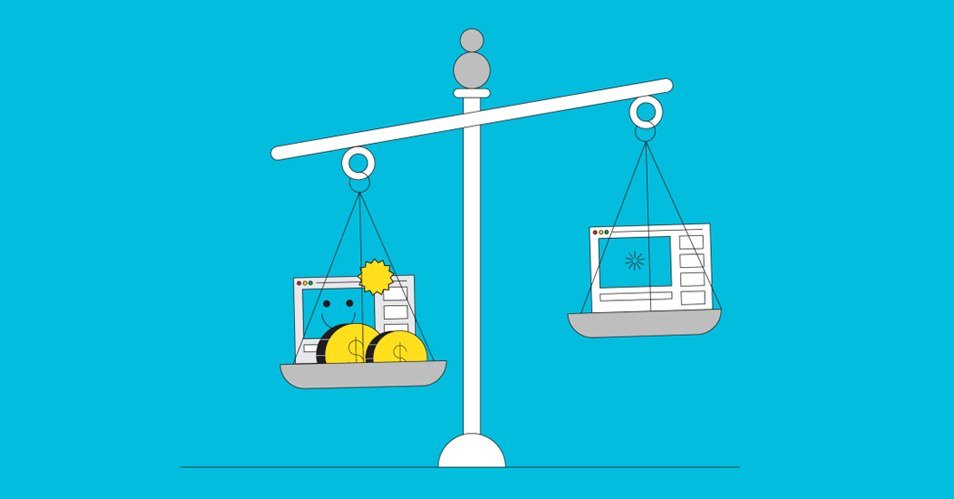 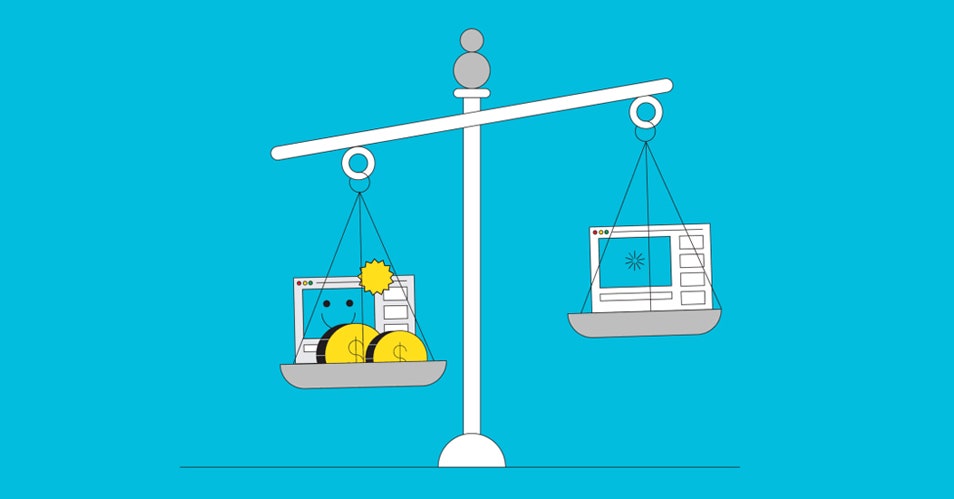 Net neutrality is the idea that internet service providers like Comcast and Verizon should treat all content flowing through their cables and cell towers equally. That means they shouldn’t be able to slide some data into “fast lanes” while blocking or otherwise discriminating against other material. In other words, these companies shouldn’t be able to block you from accessing a service like Skype, or slow down Netflix or Hulu, in order to encourage you to keep your cable package or buy a different video-streaming service.

The Federal Communications Commission spent years, under both the Bush and Obama administrations, trying to enforce net neutrality protections. After a series of legal defeats at the hands of broadband providers, the FCC passed a sweeping net neutrality order in 2015. But in December 2017, the now Republican-controlled FCC voted to jettison that order, freeing broadband providers to block or throttle content as they see fit unless Congress or the courts block the agency’s decision.

Net neutrality advocates have long argued that keeping the internet an open playing field is crucial for innovation. If broadband providers pick favorites online, new companies and technologies might never have the chance to grow. For example, had internet providers blocked or severely limited video streaming in the mid-2000s, we might not have Netflix or YouTube today. Other advocates highlight the importance of net neutrality to free expression: a handful of large telecommunications companies dominate the broadband market, which puts an enormous amount of power into their hands to suppress particular views or limit online speech to those who can pay the most.

Most large broadband providers promised not to block or throttle content ahead of the ruling, and the FCC argues that traditional antitrust laws will stop providers from hobbling their competitors. But net neutrality advocates worry that we’ll soon see fast lanes appearing on the internet. A broadband provider might, for example, allow some companies to pay for priority treatment on broadband networks. The fear is that, over time, companies and organizations that either can’t afford priority treatment, or simply aren’t offered access to it, will fall by the wayside.

The History of Net Neutrality

The Bush-era FCC took a first pass at anti-discrimination rules for the internet in a policy statement in 2005. It prohibited internet service providers from blocking legal content or preventing customers from connecting the devices of their choosing to their internet connections. Under this policy, the FCC ordered Comcast in 2008 to stop slowing connections that used the peer-to-peer file-sharing software BitTorrent, which was often used for digital piracy but also had legitimate uses. Comcast sued the FCC, arguing the agency had overstepped its bounds. A federal court agreed, ruling that the FCC had failed to make the legal case that it had the authority to enforce the 2005 policy statement.

Certain services and businesses have been seen as so crucial to the functioning of society and the economy that governments dating back to Ancient Rome have passed special laws to ensure open access to them. In exchange for serving the entire public, as opposed to being able to pick and choose customers, common carriers were often rewarded with legal benefits, such as special access to public property. For example, railroads—long treated as common carriers in the US—are allowed to lay tracks across public land. Today, telephone providers are classified as common carriers, and in the dialup era internet providers were considered to be their customers. If it hadn’t been for their common carrier status, telcos might have gotten away with charging customers more to access the internet than to make traditional voice calls, as they tried to do in the 1990s.

In 2010, the Obama-era FCC passed a more detailed net neutrality order that it hoped would stand up to legal scrutiny. But the agency was sued again, this time by Verizon, and in 2014 the same court ruled the agency didn’t have the authority to impose net neutrality regulations on services that weren’t considered common carriers under Title II of the Communications Act, like traditional telephone services.

Later that year, the FCC floated a new proposal that net neutrality proponents worried would allow internet “fast lanes.” The idea drew the ire of comedian John Oliver, who encouraged viewers of his show Last Week Tonight to file comments to express their support for net neutrality. The flood of comments crashed the FCC’s website. The agency eventually received 21.9 million comments on the issue, shattering the record previously held by Janet Jackson’s 2004 Super Bowl “wardrobe malfunction.”

Then-FCC chair Wheeler eventually changed tack and decided to reclassify broadband providers as Title II carriers, though with fewer obligations than landline telephone operators. The FCC passed its sweeping net neutrality order in 2015, and was again sued by telecommunications firms. The same federal court that shot down the FCC’s previous attempts at net neutrality rules finally sided with the agency, ruling that the 2015 rules were legal. An industry group appealed that decision to the Supreme Court, which has yet to hear the case.

Meanwhile, control of the FCC changed as a result of the 2016 election. In January 2017, President Trump appointed Republican FCC Commissioner Ajit Pai as the agency’s new chair. In April, he announced a plan to reverse the 2015 net neutrality order. The FCC website was once again flooded with comments. But this time, observers noticed that a huge number of comments, many of which opposed net neutrality, were filed not by people but by bots.

The December 2017 FCC vote effectively threw out the 2015 rules in their entirety. The FCC’s new rules drop the common-carrier status for broadband providers, as well as any restrictions on blocking or throttling content. In place of those restrictions, the new rules only require that internet service providers disclose information about their network-management practices. It will now be up to the Federal Trade Commission to protect consumers from alleged net neutrality violations. But the FTC is only an enforcement agency: It can’t create new rules. That means that unless a net neutrality violation is also illegal under existing fair-competition laws, there’s not much the agency can do about it. Outright blocking a competitor may well be an antitrust violation, but creating fast lanes for companies that pay extra for special treatment might not be.

The Future of Net Neutrality

The future of net neutrality is now in the hands of Congress, the courts, and the states. Congress is considering at least three proposals related to net neutrality. One proposal, backed mostly by Democrats, would overturn the FCC’s 2017 decision, thereby leaving the 2015 rules in place. The legislation already passed in the Senate with support from three Republicans and all of the Senate’s Democrats and Independents. The House of Representatives, where Republicans outnumber Democrats 235 to 193, will vote next. If it passes in the House, it will still need President Trump’s approval, or a large enough Congressional vote to overturn his veto.

A few internet providers, including Cox and Comcast, banned some customers from using virtual private networks (VPNs) and asked users to upgrade to professional or business accounts if they wanted access. The practice was short lived, but it helped inspire the net neutrality movement.

Today we think about net neutrality mostly in terms of access to content, but in the early 2000s advocates were also worried that broadband providers would block customers from using some devices. AT&T, for example, used to ban customers from setting up their own Wi-Fi routers.

North Carolina internet service provider Madison River blocked Vonage, a service for making telephone calls over the internet. The FCC fined Madison River in 2005 and ordered it to stop blocking, marking one of the first efforts to enforce net neutrality rules.

The FCC ordered Comcast to stop throttling BitTorrent connections on its network in 2008. Comcast denied that it throttled BitTorrent, but sued the FCC, successfully arguing it had no authority to stop Comcast from slowing down connections if it wanted to.

Apple was caught blocking iPhone users from making Skype calls at the request of AT&T. The companies eventually relented under pressure from the FCC.

Republicans have their own ideas about how to address the issue. Representative Marsha Blackburn (R-Tennessee) proposed a bill that would ban broadband providers from blocking lawful content, but wouldn’t explicitly ban fast lanes, meaning that it falls short of mandating true net neutrality. It would also severely limit both the states’ and the FCC’s authority to regulate internet providers in the future, making it harder to enforce stricter net neutrality rules. Senator John Thune (R-South Dakota) recently revived a 2015 bill that would ban fast lanes, but still stops short of the broad protections of Obama-era rules and would limit the FCC’s authority to regulate broadband providers.

Meanwhile, twenty-one state attorneys general sued the FCC in January to block the new rules and restore the old ones; so did several consumer-advocacy groups. An industry group representing Facebook, Google, Netflix, and other internet companies has also vowed to join legal fights to preserve net neutrality.

Legal experts say net neutrality advocates just might have a case. Federal law prohibits federal agencies from passing “arbitrary or capricious” regulations, in part to stop rules from yo-yoing back and forth every time control of the White House changes parties. Agencies are allowed to change their minds, however, so it remains to be seen how the courts will rule.

Several states are also taking up the fight for net neutrality. Washington state became the first to pass its own net neutrality laws in March, and Oregon followed soon after. Governors of Hawaii, Montana, New Jersey, New York, and Vermont have passed executive orders banning state agencies from doing business with broadband providers that don’t uphold the principles of net neutrality. The telecommunications industry has already vowed to challenge state laws, which could be preempted by the FCC’s order to overturn its net neutrality rules.

In the meantime, you can expect broadband providers to slowly take advantage of their new freedom. They probably won’t take big overt steps to slow down or block competing services, especially not while courts are still deliberating the FCC’s latest decision. But you can expect to see more of the practices that carriers already employ, like letting their own content bypass data limits. For example, AT&T already lets you watch its DirecTV Now video service without having it count against your data plan, but watching Netflix or Hulu still chews through your limit.