Age of Empires IV Wants to Teach You a Lesson 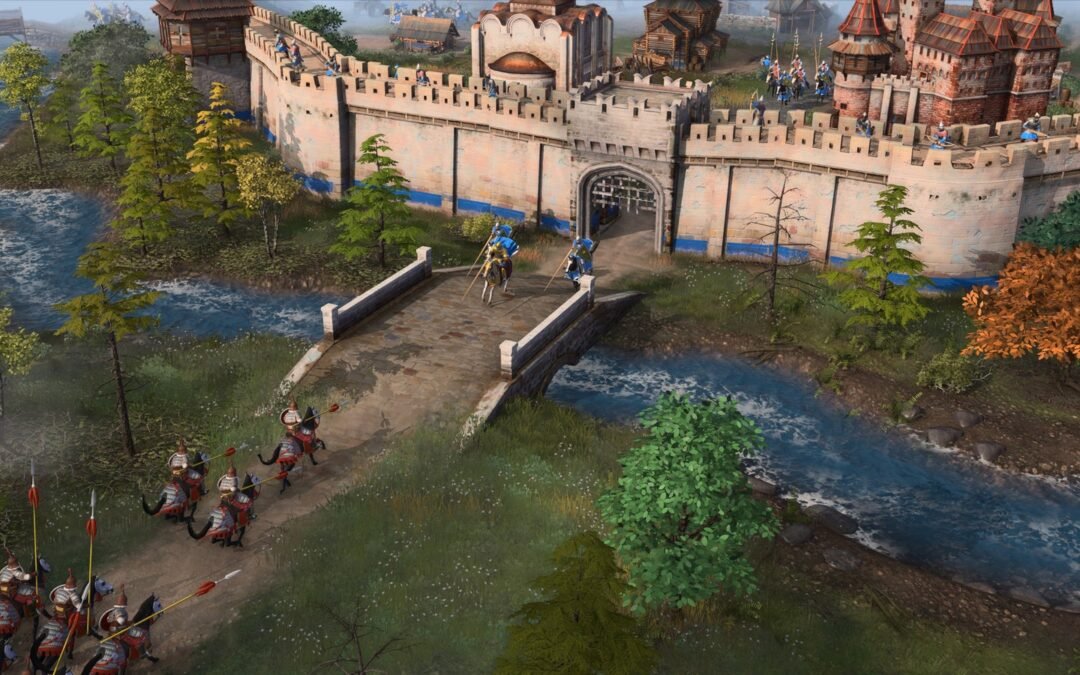 The key to a great historical game is to ensure that the history doesn’t spoil the game. Relic Entertainment knew, from the very beginning, that Age of Empires 4 had to feature The Mongols. They were the clear lynchpin civilisation, both an iconic force in Age of Empires 2 and an iconic force in history, famed for their lightning-fast horse cavalry, with an empire stretching nine million square miles, from East to West, encompassing nearly all of Relic’s game world.

Or, to put it bluntly, “We were like, Okay, well, they fought everybody,” says Quinn Duffy, the game’s director. “So now we can start to figure out who else we can include.”

The task now was to reduce 500 years of history into “an essence” of a civilisation: an abstraction concocted to fit the rules of a game.

Some elements of history mapped perfectly. Odegai Khan, the third son of Ghengis, expanded a giant Yam network, an early pony express: postal stations where a horse or runner could rest as they transmitted a message across the empire. The team at Relic reimagined these into small stone circles: outposts that give units a speed bonus as they ping around a player’s base.

Other ideas were abandoned. The team motion-captured horses. Instead of the cartoonish turn-on-a-dime the animals pulled off in the previous games, in the new one, horses would be realistic, with a full suite of animations, slowing down and arcing in circles to their target. The game was unplayable. “Everyone hated it,” says Adam Isgreen, franchise creative director at World’s Edge, collaborating with Relic on the game.

Finally, there were the aspects that both Duffy and Isgreen acknowledge are simply ahistorical. The Mongols in Age of Empires 4 are nomadic: their towns can be packed up on wagons and relocated across the map. In reality, says Duffy, while this may feel ‘authentic’, it is inaccurate: as the Mongols spread from the Ghengis Khan era into his sons and grandsons, they settled, building cities and fortifications. “That’s always an interesting battle,” he says. “We’re always struggling with the impact of authenticity and the abstraction of that authenticity into gameplay.”