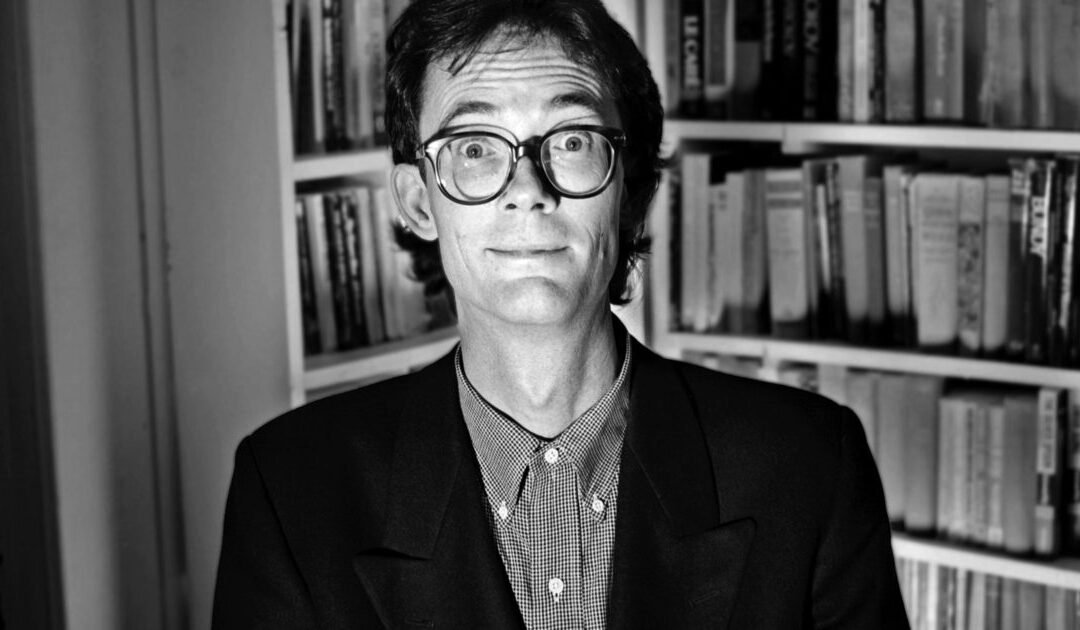 William Gibson published his classic novel Neuromancer almost 40 years ago, but it still feels fresh today. Science fiction author Matthew Kressel has been a fan of the book ever since reading it back in 1987.

“When I first read Neuromancer, everything I had read before that was golden and silver age [sci-fi]—Arthur C. Clarke, Larry Niven, Asimov, all that stuff,” Kressel says in Episode 477 of the Geek’s Guide to the Galaxy podcast. “So when I encountered Neuromancer, I was like, ‘What is this? This is completely different.’”

Science fiction of the ’40s and ’50s tended to evoke a consensus future of jetpacks, flying cars, and domestic robots. Neuromancer helped crystallize an alternative view of the future, one dominated by hackers, drugs, and mega-corporations. This darker view, which came to be called cyberpunk, proved far more prophetic. “More than any other science fiction book that I can think of, Neuromancer conveys what the future is going to feel like,” says Geek’s Guide to the Galaxy host David Barr Kirtley.

Science fiction author Sam J. Miller constantly finds himself discarding story ideas because he realizes that Neuromancer beat him to the punch. “The ideas are so dense and exciting,” he says. “If you were to rip off half the things in this book and use them in a book now, it would be amazing. It wouldn’t feel dated.”

In the ’90s Gibson largely abandoned the cyberpunk genre, focusing instead on novels set in the present and near future. Horror author Theresa De Lucci has remained a devoted Gibson fan through each phase of his career.

“He was sort of the gold standard for the [cyberpunk] movement at the time,” she says. “But time goes on. His novels have drastically changed in focus and scope, so he’s still doing his thing, and just being authentic to his voice and his interests.”

Listen to the complete interview with Matthew Kressel, Sam J. Miller, and Theresa De Lucci in Episode 477 of Geek’s Guide to the Galaxy (above). And check out some highlights from the discussion below.

“Someone can’t walk into a room without [Gibson] describing the make of their shoes and what kind of tie they’re wearing, and where they got their jacket. In Spook Country there was this hitman, this killer, and he checks into a hotel room, and then he’s remarking on the type of metal that they used on the faucets in the bathroom. And I was like, ‘Well … maybe? He’s a sensitive killer. That’s cool.’ … I wonder if [Gibson] is just trying to draw our attention to how materialistic the society has become—everybody’s just so brainwashed by capitalism that the first thing they see is the material that someone is wearing, not the person.”

“One of the things that I love about William Gibson is how interconnected his world feels. There’s the realpolitik of Russia, and Japan, and China, and Germany, and the United States, and wealth, and poverty. That’s throughout his books—they’re always really diverse, there are always lots of people from lots of different backgrounds. … But the one thing that’s missing is queerness. There might be a little bit of it here and there—I think it’s in Pattern Recognition where she thinks that this one guy is gay through the whole book, and they’re best friends, and then in the end she finds out he’s not and they hook up. There’s queerness in very small, very spare brush strokes. That’s the only part of his worlds that I wish were different.”

“I feel like one thing that this book gets ‘wrong,’ that pretty much all science fiction gets wrong, is not being able to see just how ubiquitous and commonplace technological advances are going to be. This book still presents the internet as something that only super-special, super-cool people will be able to access, and doesn’t take it that step farther to say, ‘Oh wait, no, even just the most average person will be on this.’ I think that’s a really hard leap of speculation to make—to imagine something that seems so amazing to us, and realize, ‘No wait, everyone’s going to have this.’”

“Coming up in the ’90s, in the goth industrial scene, we did play with a lot of the imagery of cyberpunk. I mean, there were cyberpunks, but then there were cybergoths—the pictures I have of that era are very embarrassing, with lots of neon hair, and plastic, and goggles. It was like The Matrix before The Matrix came out—and then once The Matrix came out, then it got even more popular and more outré. So William Gibson definitely had a big cult of personality there, which I think he would really laugh at, because you’re never going to find William Gibson in a goth club. Even when he was at his youngest, it’s doubtful he would be at a place like that.”

Go Back to Top. Skip To: Start of Article.