iPhone: The Complete History—and What’s Next 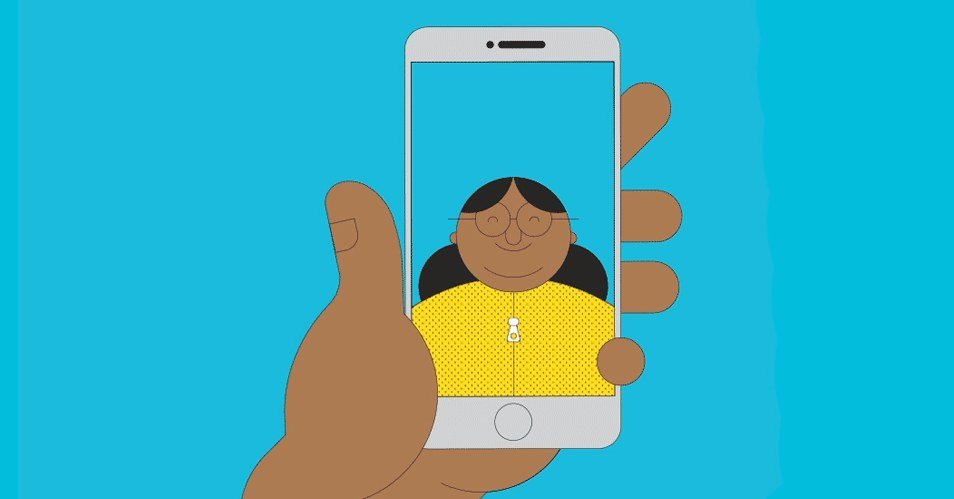 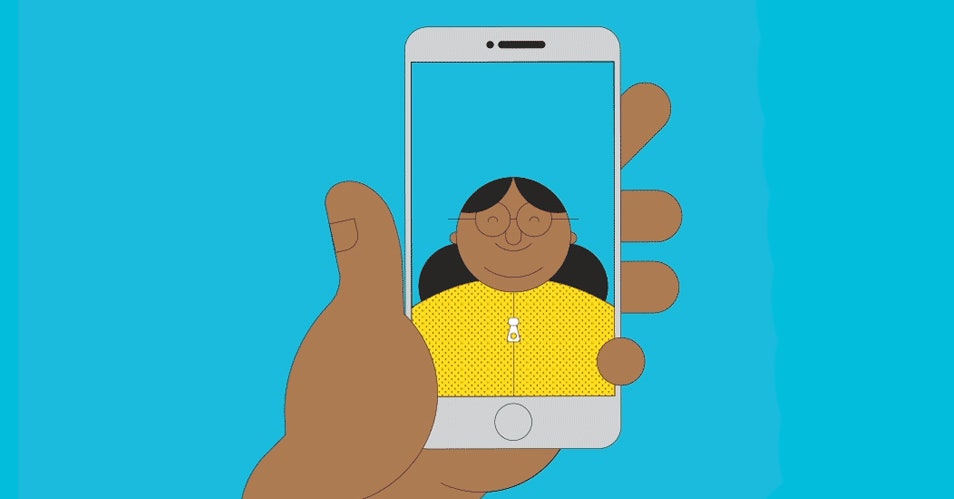 It’s not just the best-selling gadget ever created: It’s probably the most influential one too. Since Steve Jobs announced the iPhone in 2007, Apple has sold more than 1.2 billion of them, creating giant businesses for app developers and accessory makers, and reimagining the way we live. Millions of people use an iPhone as their only computer. And their only camera, GPS, music player, communicator, trip planner, sex finder, and payment tool. It put the world in our pockets.

Before the iPhone, smartphones mostly copied the BlackBerry. After the iPhone, they all copied Apple: Most phones now have big screens, beautiful designs, and ever-improving cameras. And the iPhone Effect goes far beyond smartphones. In order to make so many phones, Apple and its competitors set up huge, whirling supply chains all over the world. Those same manufacturers now make the same parts to power drones, smart-home gadgets, wearables, and self-driving cars. They don’t look like your phone, but they might not be here without it.

FUN FACT: The iPhone was nowhere near finished when Jobs announced it. The phone Jobs used in the iPhone introduction was basically one of a kind, and the prototypes Apple was making at the time were so fragile, they couldn’t even be shipped from Asia.

Thanks to the iPhone and the apps developed for it, the world has reorganized itself around the smartphone, and a few people have started to wonder what the iPhone hath wrought. They worry that we spend too much time buried in our phones, heads down, ignoring the people and the world around us. The iPhone ushered in a new era of connectedness, where we can access anything and anyone at any time. But with that comes that now-familiar sense of undefinable stress, the feeling like there’s always too much going on and you can never get away even if you want to. The iPhone changed so many things, some of which we’re only just now grappling with.

The Invention of the iPhone

Jobs announced the iPhone on January 9, 2007, on stage at the Macworld conference. He spent nearly an hour explaining the device, extolling the virtues of everything from a touch interface to a huge, desktop-sized version of The New York Times’ website that you could pan around. He even made a phone call (how quaint!) and placed what has to be the largest Starbucks order in history to an apparently real barista at an apparently real Starbucks. The whole event stands as a remarkable piece of tech-industry history, and you can still watch it all (on your phone) on YouTube.

The phone didn’t come out for another six months, during which time Apple frantically scrambled to turn Jobs’ demo into a mass-market gadget. When it finally hit stores in June, people lined up outside stores to buy one. Apple sold 270,000 iPhones the first weekend it was available, hit 1 million by Labor Day, and instantly captured the imagination of phone owners everywhere.

The iPhone 3G, which came out a year later, may have been an even bigger deal. Apple’s 2008 iPhone included 3G coverage, which offered much faster access to email and web pages, and it came at a much lower price. Most important, it added the App Store, which gave developers a way to build and sell software to millions of smartphone owners. The App Store will almost certainly stand as Apple’s most important contribution to both the tech industry and society in general, even more than the phone itself. Developers immediately began building apps and games that changed the way we communicate, work, eat, and play. The App Store made way for Instagram, Uber, and Tinder, and it turned the iPhone into the pocket computer it was always meant to be.

FUN FACT: It’s been 10 years since the first iPhone, but there have been 16 iPhones, if you include the Plus models, the SE, and the 5C. Which, we’d understand if you didn’t count the 5C.

From there, the iPhone’s story is one of evolution, not revolution. Each year, Apple made the phone bigger and faster, refining the product without changing the basic form factor or its most beloved features. It became more popular every time. From the beginning, Apple seemed to know the camera could be a smartphone’s best feature: The iPhone 4, with its selfie camera and HD video recording, was the biggest thing in cameras since Kodak. Ever since, Apple’s cameras have been among the best in their class.

Timeline: What Was New in Every iPhone

iPhone 4 (2010): This one had a Retina display, a front-facing camera, FaceTime, multitasking, and a whole new metallic design. Also, Antennagate.

iPhone 5 (2012): Apple finally made the iPhone’s screen bigger, switched to the Lightning connector, and introduced Apple Maps. The first two, at least, were awesome.

iPhone SE (2016): In a sea of big phones, a small one emerges again. The SE definitely made at least eight people really, really happy.

iPhone X (2017): A whole new hardware design and the most impressive camera system ever seen in any phone.

Jobs always said Apple had a five-year lead with the first iPhone. That turned out to be conservative—it took six or seven years for Samsung and others to make truly competitive phones like the Galaxy S and the HTC One. Then, after successfully copying the iPhone, they found their own niches. Samsung bet on pen input and big screens, Google fine-tuned Android, and other companies made great phones for a fraction of the iPhone’s price. The iPhone was the only best choice for so long, but others finally caught up.

FUN FACT: Everyone likes to argue about which iPhone was the best, but we know the answer: The iPhone 4 was the first time the iPhone felt like a precious object, a piece of jewelry. It had a killer screen and a camera so good it changed the photo-taking game forever.

Which brings us to 2017, the 10th anniversary of that Macworld speech. Apple released three phones last year. There’s the iPhone 8 and 8 Plus—solid but iterative updates on the same theme Apple’s followed all this time—and the iPhone X, the company’s first try at something different. Apple ditched the home button in order to make the phone nearly all screen and bet on facial recognition as the key to both your phone and a whole new set of apps and features. (Again: cameras are everything.) Apple wants to bring augmented reality into mainstream existence while making your phone and data more secure than ever. And, as a bonus, the iPhone X has the craziest emoji features anyone’s ever seen. All together, it’s the biggest change in the history of the iPhone, created to usher Apple and its users into a new technological world.

Where We Go Next

Apple’s in a funny spot right now. Thanks to the huge, insane, impossible success of the iPhone—which accounts for more than half of the company’s revenue—Apple is now the largest and most valuable company in the world. Of course, it’s not like Apple’s in any danger as long as it’s sitting on hundreds of billions in cash reserves. But at some point it needs to become more than The iPhone Company.

Apple is already starting to hint at what might come next. It has always billed the Apple Watch as something of a spiritual successor to the iPhone: It’s even more accessible, even more personalized, and could take over some of your smartphone’s basic functionality. Same goes for AirPods, which are clearly destined to be more than just a pair of wireless headphones that kind of look like toothbrushes and come in a dental-floss case. Meanwhile Apple is hell-bent on replacing your laptop with an iPad, sticking an Apple TV under your flatscreen, and making sure you’re all in on Siri and iCloud. The company’s reportedly working on software for self-driving cars and has said repeatedly that augmented reality is the next big thing. Could its AR glasses be the true successor to the iPhone?

As it develops new products, Apple also seems to be looking at ways to help users reset their relationship with their gadgets. The iPhone (like other smartphones) is so enticing, does so many things, contains all the fun and joy and dates in the universe, that people can’t look away. It’s not good, or healthy, to spend your life buried in your smartphone, ignoring the world around you. Developers and marketers have become adept at grabbing our attention with push notifications, email alerts, and clever, addictive mechanisms in their apps. We don’t need to be cut off from our phones all the time, but a little more often might be good. Someone’s going to make billions helping us get there. Apple’s AirPods and Apple Watch are made at least in part to get your head out of your phone, helping you get stuff done without staring into the iPhone’s abyss. It’s a start.

Whatever the next thing might be, Apple appears uniquely qualified to take advantage. Over the past decade, to keep the iPhone ahead of the curve, Apple has invested billions in building its own chips. The iPhone X’s processor far outstrips even the very best Android devices, which doesn’t matter so much for playing Candy Crush but might mean a lot when Apple is ready to build for AR. Apple’s mastery of its supply chain is unrivaled—it’s simply able to build more and better things than anyone else.

FUN FACT: In 2016, TIME magazine called the iPhone “the most influential gadget of all time.” Apple actually had three of the top 10, with the Macintosh and the iPod.

Apple’s smashing success proved to other big tech companies that the best products come when you make both the hardware and the software. Microsoft, Google, Facebook, and Amazon have all done the same in recent years, building huge gadget businesses on top of their software. The hardware space was once a teeming mass of startups, people raising money on Kickstarter or going to China to build their dreams into a product. Now the business runs mostly through five companies, all of whom learned how to make hardware by watching Apple.

The iPhone didn’t just make Apple a metric crapton of money: it reoriented the entire tech landscape, helping change the way we work and play. It helped create a new class of mega-corp (Facebook wouldn’t be Facebook if it couldn’t be an app on your phone), started the world thinking about how everything else might change when it, too, was connected to the internet. Next, Apple has to figure out how to fit the iPhone into users’ lives rather than consuming them, all while it works on the next crazy design that’ll change everything all over again.