The WIRED Guide to Genetic Testing 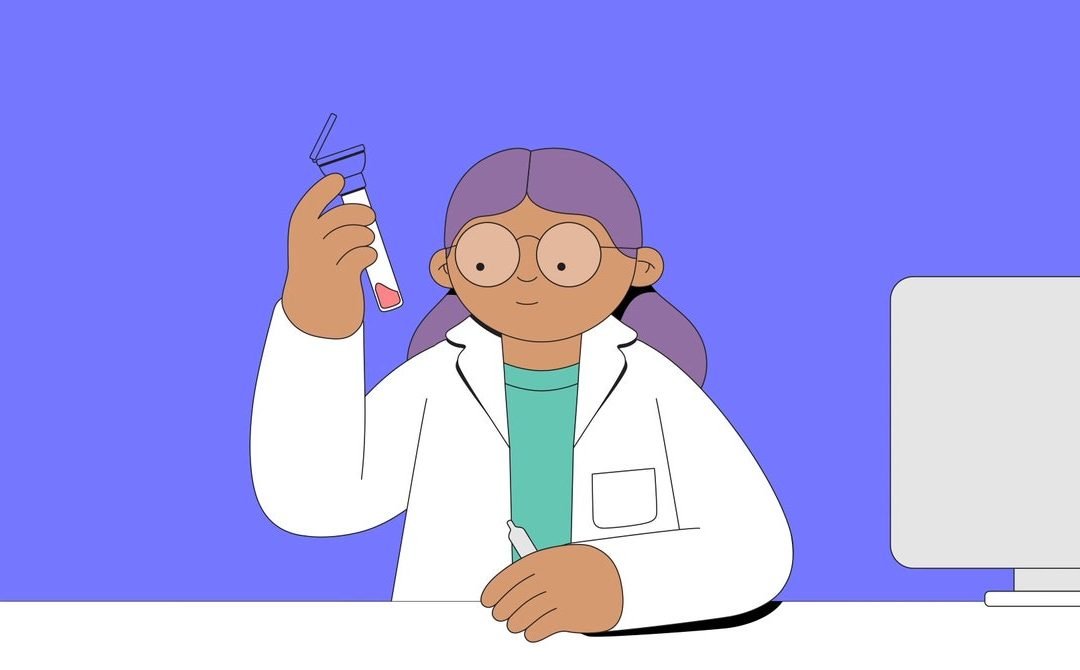 As these clinical tests became more common, scientists were also busy trying to drill deeper into the substance of DNA, the chemical structure of which had only been deciphered in 1953 by James Watson, Francis Crick, and Rosalind Franklin. Over the next few decades, scientists would come to understand that its helix-shaped pattern of paired bases—adenine, thymine, cytosine, and guanine—functioned like letters, spelling out words that a cell would decode into amino acids, the building blocks of proteins. They would also begin to realize that most of the human genome—about 98 percent—doesn’t actually code for proteins. In the ’70s, “junk DNA” became the popularized term for these nonfunctional sections.

Not long after, in 1984, a British geneticist named Alec Jeffreys stumbled upon a use for all that so-called junk DNA: crime-fighting. In these regions of the genome, the DNA molecule tends to duplicate itself, like it’s stuttering over the same word over and over again. Scientists can capture and count these stutters, known as “short tandem repeats.” And because the number of STRs a person has at various locations is unique to them, they can be used to build a personally identifiable profile, or DNA fingerprint.

Whole-genome sequencing
A method used to determine the exact sequence of your entire genome, all 6.4 billion letters.

Whole-exome sequencing
A method used to determine the exact sequence of the protein-coding portion of your genome, comprising about 22,000 genes.

Coverage/Depth
A measure of how many times a DNA sequence has been proofread. 30X average depth of coverage is the benchmark of a high-quality sequence.

Polygenic Score (PGS)
An algorithm that adds up the effects of multiple variants to predict the likelihood of a physical or behavioral trait based on your DNA.

Preimplantation Genetic Diagnosis (PGD)
A method for testing IVF embryos for genetic defects prior to starting a pregnancy.

Carrier Screen
A test used to find out if you carry any genes for disorders that you could pass on to your children.

CODIS
A national database of genetic profiles collected from criminals and crime scenes, maintained by the US government.

In 1987, this technique was used for the first time in a police investigation, leading to the arrest and conviction of Colin Pitchfork for the rape and murder of two young women in the UK. That same year, Tommie Lee Andrews, who raped and stabbed to death a woman in Florida, became the first person in the US to be convicted as a result of DNA evidence. Since then, forensic DNA testing has put millions of criminals behind bars. In 1994, Congress signed the DNA Identification Act, giving the US Federal Bureau of Investigation authority to maintain a national database of genetic profiles collected from criminal offenders. As of September 2019, this database, known as CODIS, contains DNA from nearly 14 million people convicted of crimes, as well as 3.7 million arrestees, and 973,000 samples gathered at crime scenes.

Throughout the ’80s and ’90s, while cops were rushing to use DNA to catch rapists and murderers, geneticists were slowly doing detective work of their own. By linking health records, family pedigrees, disease registries, and STR locations and lengths, scientific sleuths painstakingly began to map traits onto chromosomes, eventually identifying the genes responsible for a number of inherited conditions, including Huntington’s disease, cystic fibrosis, and sickle-cell anemia. These diseases linked to single genes, so-called monogenic conditions, are basically binary—if you have the genetic mutation you’re almost certain to develop the disease. And once the sequences for these faulty genes were revealed, it wasn’t too hard to test for their presence. All you had to do was design a probe—a single strand of DNA attached to a signal molecule, that would send out a fluorescent burst or some other chemical flare when it found its matching sequence.

As the new millennium approached, companies were beginning to pilot such tests in various clinical settings, i.e. with a doctor’s order. That included testing amniotic fluid as part of prenatal screening, testing the blood of prospective parents (what’s known as carrier screening), and testing the cells of embryos created by in vitro fertilization, in a process called pre-implantation diagnosis. These tests were expensive and targeted only at people with family histories of so-called monogenic diseases. Developing tests to assess a healthy person’s risk of developing more complex conditions caused by the interaction of multiple genes—things like heart disease, diabetes, and cancer—would require a more detailed map of human DNA than the fragmented picture scientists had so far decoded. Luckily, that was just around the corner.

In 2000, a rough draft of the human genome sequence was made freely available online, followed three years later by a more complete, high-resolution version. With it, scientists and engineers now had enough information to load up chips with not one or two DNA probes but thousands, even hundreds of thousands. These microarrays made it possible to simultaneously scan a person’s genome for thousands of SNPs, or single nucleotide polymorphisms—single changes in the arrangement of DNA letters that make people unique. These SNPs, or variants as they’re alternatively known, can be tallied up to rank a person’s susceptibility to various illnesses.

And because this SNP snapshot technology, known as genotyping, could be done much cheaper than full sequencing—in 2006 it cost $1,000 as opposed to $1 million for a full-genome scan—it launched not only a new wave of research but a new industry: direct-to-consumer DNA testing.

Starting in the mid-2000s, dozens of companies began selling people a new genetic experience that didn’t have to take place in a doctor’s office. They would take a sample of your DNA—a few laboriously salivated milliliters of drool sent through the mail—scan it, and peer into your ancestral past as well as forecast your genetic future. In the early days, these tests could provide only a limited amount of information. And many companies went under while waiting for researchers to amass more knowledge about the links between certain genes and human traits. But one deep-pocketed Silicon Valley startup weathered the creeping adoption curve (and a spat with the US Food and Drug Administration) to become synonymous with the retail genomics business: 23andMe.

Today though, as costs sink even further and the internet makes the exchange of cheek cells for genetic insights virtually frictionless, 23andMe again has plenty of competition. A recent study identified nearly 250 companies offering DNA tests that people can buy online. Most of these are tests for disease predisposition, ancestry, and paternity. But others offer biological inheritance as infotainment—tests offering matchmaking services, predicting children’s talents, recommending the right diet, or even identifying wines you might be genetically inclined to enjoy.

Customers should be aware though, that many of these recreational tests offer results with little relationship to reality—the science is still just too premature to be truly predictive for most complicated traits. They might be fun, but don’t take them too seriously. (And if you care about genetic privacy, don’t take them at all!) Even the more medically focused tests, like 23andMe’s health reports, should be taken with a grain of salt. Its testing formula for breast cancer risk, for example, is built around just three genetic variants in the BRCA genes, common in Ashkenazi Jewish populations and known to be associated with cancer. But there are thousands of other variants in those genes that can also raise your risk of breast cancer. It’s just that 23andMe’s DNA chip isn’t set up to capture them. In other words, a clean bill of health from 23andMe shouldn’t be taken as definitive. The company emphasizes that its tests are probability readings, they’re not meant to be diagnostic. So if anything does come up, you still have to go see a doctor for confirmatory clinical testing.