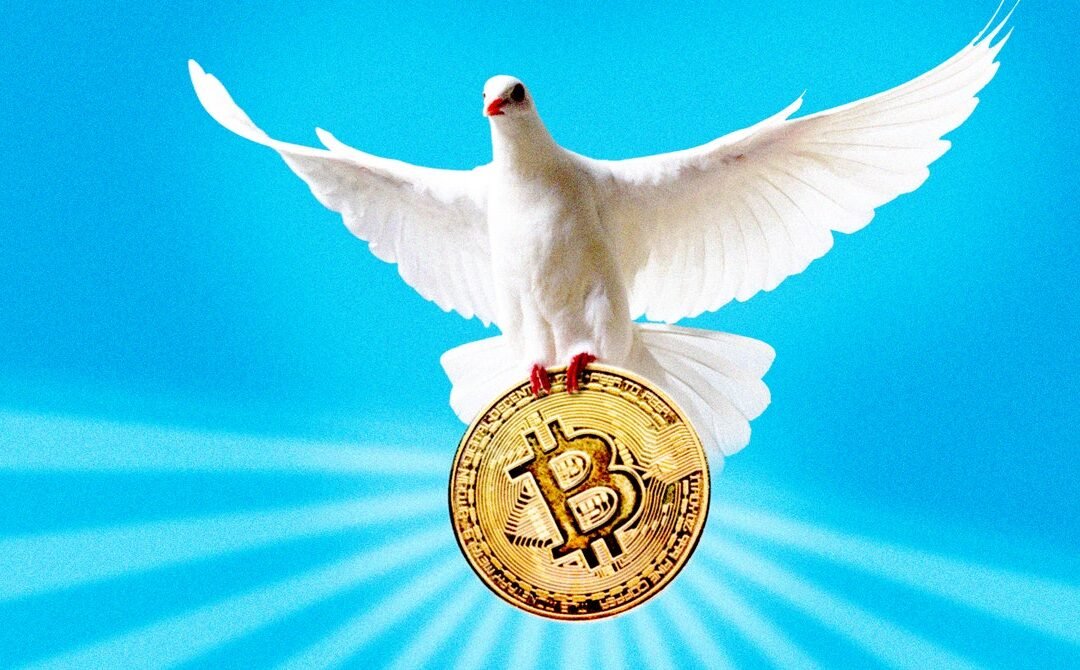 In 2021, Bitcoin went mainstream. Wall Street set its eyes on the world of crypto, with hotshot investors like hedge funder Paul Tudor Jones leading the pack; The Economist went from calling the cryptocurrency “useless” in 2018 to arguing that it belongs in most portfolios; tech CEOs Jack Dorsey and Elon Musk gamely crossed swords about Bitcoin’s merits at a conference run by an asset management firm. Popular opinion lags a bit: Many people still believe cryptocurrency is a giant, global get-rich-quick scheme. Others simply dismiss the entire thing as a speculation-driven fad in the best case, a criminal enterprise in the worst. But amid the noise, the enthusiasm, and the hype, we might be losing the most important story: the way cryptocurrency is changing lives in the developing world.

Take for example, Cuba, a country where internet penetration went from less than 40 percent in 2015 to an estimated 70 to 80 percent today. Like most people, Cubans want to buy things and sell things online—but, unlike most people, they cannot buy anything online using a debit or credit card. Due to US sanctions, ordinary Cubans find themselves cut off from the global financial system: They cannot start a Spotify subscription, buy a domain name, or pay for a website-hosting service using a card. This means that if Cubans wish to partake in online commerce, particularly with another country, they have to use cryptocurrencies. And where there’s a need, there’s a way. Cubans have found solutions such as Bitrefill, a site that sells gift cards from Spotify and other companies for cryptocurrency. Data from Bitrefill for June 2021 shows that four times as many people buy Cuban digital products (such as Cubacel phone top-ups) using cryptocurrencies as buy similar US products, on a population-adjusted basis. Crypto has deeply penetrated the country to the extent that Cuba’s Communist Party, a conservative Marxist institution not known for its technological savviness, has instructed the Central Bank of Cuba to regulate the use of cryptocurrencies and to study how they can be used to help the government avoid US sanctions. Paradoxically, officials in the US State Department are rumored to be looking into how cryptocurrencies can be used to set up remittance networks that bypass the hefty taxes extracted by the Cuban government.

While crypto adoption in Cuba has been a bottom-up phenomenon, in El Salvador Bitcoin has been proclaimed legal tender by the country’s controversial president, Nayib Bukele. President Bukele claims that the government-sponsored Bitcoin wallet already has more users than the entire Salvadoran banking system, potentially throwing a lifeline to thousands of unbanked individuals. These Bitcoin wallets operate partly on the Lightning network, a system that allows for cheaper and faster cryptocurrency transactions. You can now pay instantly with Bitcoin in every Salvadoran McDonald’s and Starbucks, which certainly sounds futuristic and exciting. Still, Bukele has been accused of performing a reckless maneuver to transform the country into a haven for Bitcoin-rich entrepreneurs or even outright criminals, and polls consistently show a majority of Salvadorans fretting about having their salaries paid in volatile bitcoins. Whether Bukele’s crypto gambit will go down in history as the masterstroke of a modernizer or the folly of an autocrat still remains to be seen.

Further south in Venezuela, Bitcoin is slowly becoming an integral part of the economy. Due to currency controls, Venezuelan banks are not connected to the rest of the world, and therefore Bitcoin is used to move value in and out of the country using peer-to-peer markets where people can easily exchange Bitcoin for cash. The impact of these markets was demonstrated by a natural experiment in 2019 when, during a massive electricity outage in Venezuela, the Bitcoin-trading volumes across all of Latin America tumbled significantly. Today peer-to-peer crypto markets have been widely acknowledged as a key component of the Venezuelan foreign exchange market.

But the real leader in Bitcoin trading is not Latin America, but Sub-Saharan Africa. UsefulTulips, a website that tracks peer-to-peer Bitcoin trading across the world, now reports that trading volumes in Sub-Saharan Africa are currently equal to those in North America and will soon exceed them. Observed volumes are on the order of $20 million a day, but the true figures are likely to be multiples higher. In countries such as Nigeria, the government has imposed strict capital controls, and moving value across borders can prove next to impossible. It is not surprising that people in Africa are increasingly using cryptocurrencies for international transactions.