When You’re Living in an Immaterial World, What’s for Sale? 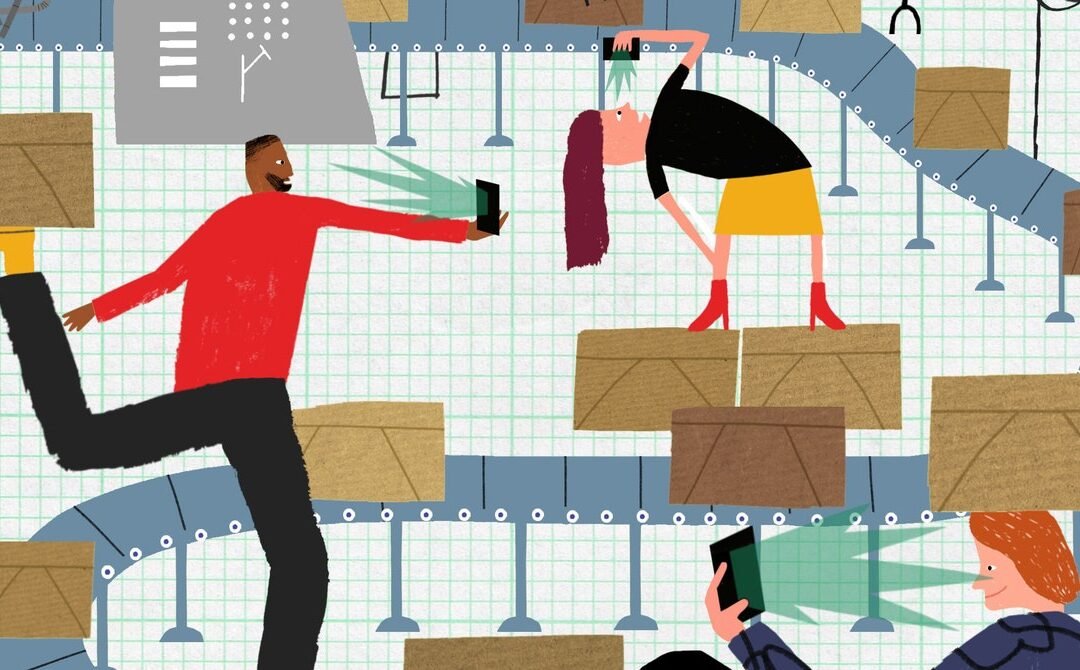 I like a get-rich-quick scheme—what American doesn’t?—and not too long ago I alighted on drop-shipping. The idea came up like this: Plastic straws were in the moral firing line, and if they were banned, I figured Americans would soon need another way to slurp our iced coffees.

Twenty metal straws could be found on Amazon for $10, and I calculated I could sell them to cafés for $1.50 each, and they could charge $2 each, and we’d all do well by doing good. But then, as all who chase accelerated prosperity do, I got greedy. Surely I could find a cheaper wholesaler, an obscure Chinese clearinghouse where metal straws went for pennies. Realizing, too, that my modest floor space couldn’t hold much inventory, I was delighted to learn that manufacturers in China ship, then drop—drop-ship—straight to customers.

I was in. If I offshored not just the manufacturing but the warehousing and packaging and shipping of the straws, I’d just need to design some kind of advertising come-on; set up an online shop where every purchase would trigger the wholesaler to release straws to the paying customer; allow the wholesaler to dock my merchant’s account for the low price; and the markup would go to me me me. I’d never even have to see the straws, let alone store them or (God forbid) make them, like some hard-hearted, tireless American industrialist of the 1890s or 1920s. I said get rich quick.

Finding a wholesaler was easy. You can use Oberlo for that. I chose something called Dunhuangwang (or DHgate) in Beijing for its 30-cent metal straws, and I ordered 100 myself to prime the pump. I had goods! I had a shipper! Set­ting up my site for “The Last Straw” on Shopify was also a breeze. Ablaze with ambition, I engineered the site to take bitcoin, eyes on the horizon, high on my private prosperity gospel. Then I headed over to Instagram to make ads …

And there was the catch-22. Of course I can design a picturesque hero shot of a stainless-­steel straw aimed at seducing clients inspired by fine design and an organic-­modern lifestyle, if not by the taste of metal in their mouth. But how to get the posts seen? Even when I paid to promote them, they attracted few likes, and I couldn’t make a sale to save my life. To win customers I’d need to become an influencer, it seemed. And if I had a formula for becoming an influencer, I’d already be rich—and being rich already is as quick as getting rich gets.

The lesson was demoralizing. Not only is building influence via clever posts what must be done to make a fortune in the US, it’s one of the only things we Americans can do, whether well (like Kylie Jenner) or poorly (like me). Drop-shipping leaves the college grad with Andrew Carnegie dreams only one task, the kind formerly assigned to unpaid youths with trust funds: Turn some darling digital pictures viral.

There’s some real economics to this. Most Americans stopped learning farming or trades a century ago, and then a vast swath also stopped learning factory work, blue- or white-collar. The manipulation of undigitized, offline objects, stuff with mass like wheat or stainless steel, was no longer a promising field of endeavor.

The traditional professions like law and medicine hung steady, but as everything offered less security, even professors, doctors, lawyers, and accountants found they had to market themselves. Meanwhile, people in retail, advertising, and every kind of customer service did sales, sales, and nothing but sales, and most of us in journalism also ended up shilling for ourselves online.