Who Are We If Not Our Faces? 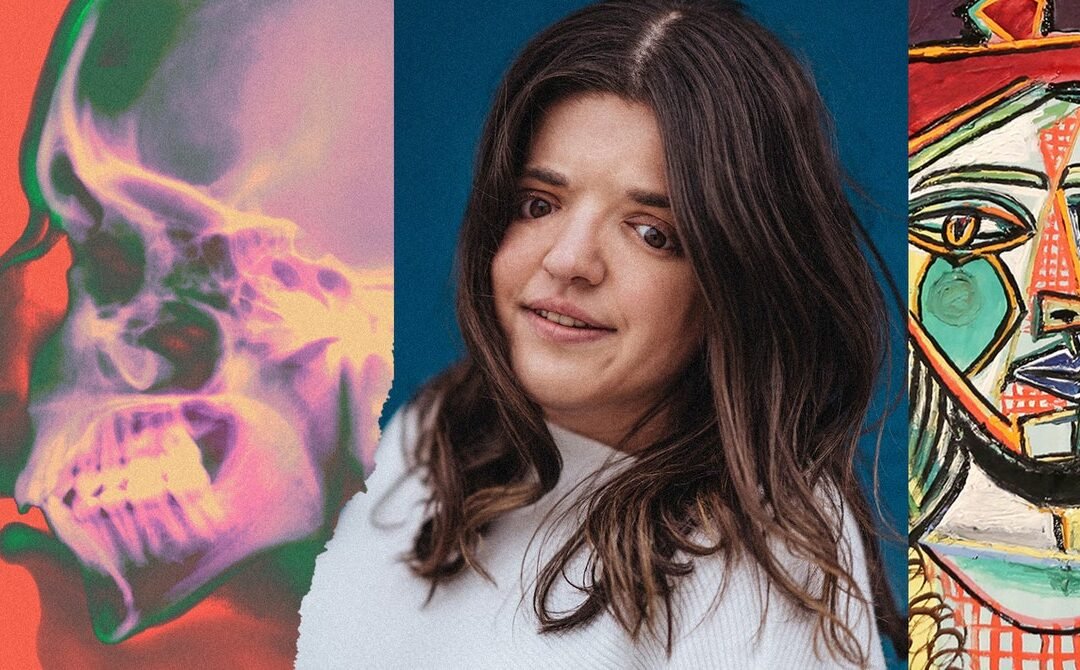 There’d been a time when Zan and I were so identical, I could hardly tell where I ended and she began. In photos from childhood, I cannot tell you who is who. After our diagnosis, my parents had a portrait taken of Zan and me. For years afterward, it hung in the hallway of the craniofacial unit at the Children’s Hospital in Oakland. It was part of the hospital’s campaign celebrating patients’ unique, diverse faces.

In the photo, Zan and I are 3 years old, dressed in matching cream-and-green dresses that frilled outward at our waists. We have soft brown hair that sits just above our shoulders. Our eyes poke out of our faces so far that just from looking at the photo, I fear they’ll fall out. The children in the image seem unbothered and unaware of their differences. They are smiling and happy.

Having Crouzon syndrome meant surgeons had to make my head and face grow for me. To the world around me, my face was my identity. And as a young girl growing up in a society obsessed with beauty, I understood that my identity was nothing without beauty. I had no control over my appearance and no control over how the world viewed me.

Zan and I would walk past the portrait on our way in for surgery. The nurses would often smile and point. “Look, it’s you,” they’d say, before asking who was who.

“That’s me and that’s Zan,” I’d sometimes tell them, but if it weren’t for the names on the plaque next to the photo, I never would’ve known. Because it wasn’t our portrait that had been painted over, it was our physical bodies, our faces. And the older we got, the more our appearance reminded us of the change and pain we were forced to endure. Eventually, the nurses stopped pointing to the portrait every time we passed it.

Like the childhood image of Zan and me that had long been hanging on the wall of the hospital, the photos Dr. York took in his office emphasized my facial differences. It wasn’t just the fact that my eyes were too far apart on my face. They were also crooked, with the outsides of my eyelids slanting downward, like scribbles running off a page.

Their crookedness was further enhanced by the differences between my eyes: Whereas my left eyelid cupped my eye as if to hold it and protect it, the lower eyelid on the right was flat and offered minimal support. This meant that more of my right eye was exposed, making it more sensitive to touch and wind and temperature.

If the air outside was cold, or if so much as a fan swept air through my room, my eye would water uncontrollably. This caused half my face to almost always appear red and splotchy, as if I’d been crying from only one half of me. When this happened in public, strangers would stop me on the street to ask if I was OK.

I would smile, but they’d look at me skeptically, convinced I needed help.

From the side, my small cheeks and shallow eye sockets made my large brown eyes protrude from my head like those of a fly. My profile revealed an underdeveloped upper jaw and a flat face to match my long, flat head. My ears sat too low.

Zan’s appearance was similar. She had large eyes that, like mine, slanted downward. Strangers often asked why our eyes were shaped the way they were, so crooked and far apart.

“I don’t know,” I would lie. “We just came that way.” Sometimes I wanted to tell people the truth about our faces, but mostly I hated the way they felt entitled to our story.

At school, children compared our appearance to that of a pug or to Sloth from The Goonies. And seeing some of the images of my face on the screen, images from before my face changed, I finally understood why they’d done it.

Though I denied it, I understood that I was different. I didn’t feel different, but after years of constant stares and comments, I began to internalize it. Before that afternoon in Dr. York’s office, I believed that no matter what my face looked like, I was still me. But I had normalized my differences. Sometimes the operations altered our faces drastically overnight. But there were also operations that resulted in subtle changes—a tweak here and a lift there—that came together to make more significant changes. Looking at the photos meant viewing all the versions of my face I had no longer normalized. I’d seen the images before but never all at once. It was like I was seeing myself for the first time. I grew horrified by the fact that I’d been walking around with features so unconventional they were frightening. I wondered if that was how the children at school felt, if that was how strangers on the street felt when they passed us: frightened.